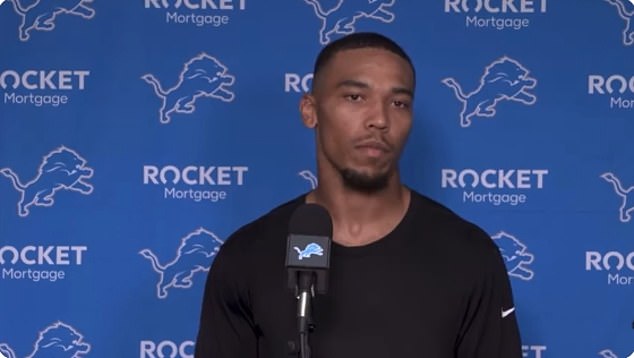 Amon-Ra St. Detroit Lions’ Brown takes a sly look at Dyami Brown as he claims he “didn’t see him on the field much” during Detroit’s win over Washington after the Commanders WR was picked ahead of him.

Detroit Lions wide receiver Amon-Ra St. Brown has already turned heads with his performances to start the season, but the second-year player’s latest comments off the field may overturn even some of those.

St. Brown has talked in the past about using the fact that he was the 17th overall wide receiver in the 2021 draft as motivation, and he took some time to shade one of the receivers who took him over him.

Dyami Brown was selected by the Washington Commanders in the third round, while St. Brown was a fourth round pick who was the 17th wide receiver selected in last year’s draft.

Amon-Ra St. Brown blitzed Commanders WR Dyami Brown, who had been called before him 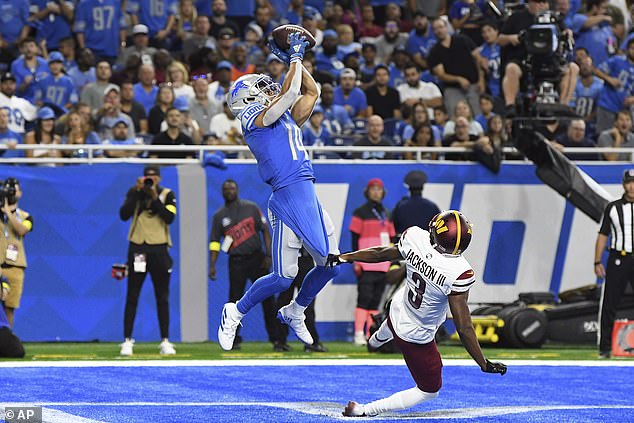 St. Brown (left) leaps to grab one of his two touchdowns against the Commanders Sunday

“The draft, it is what it is. Even the Commanders, they got a guy before me there. I believe his name is Diamy Brown,” St. Brown said.

“I don’t know how many catches he had. You can probably tell me that. Or how many yards he had, but I don’t forget things like that.’

Brown was selected with the 82nd overall pick in the third round of the 2021 NFL Draft after playing at the University of North Carolina. He recorded just 12 receptions for 165 yards during his rookie season. 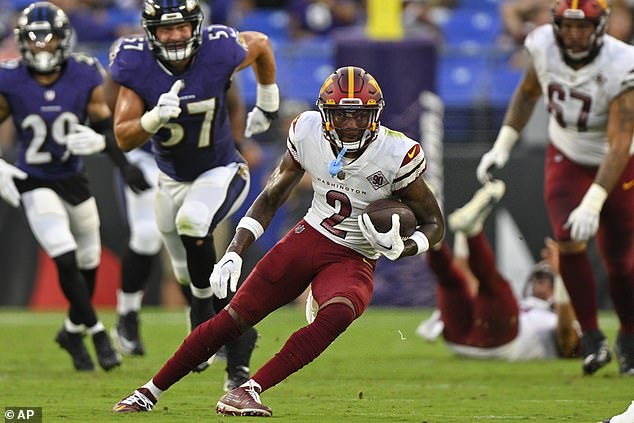 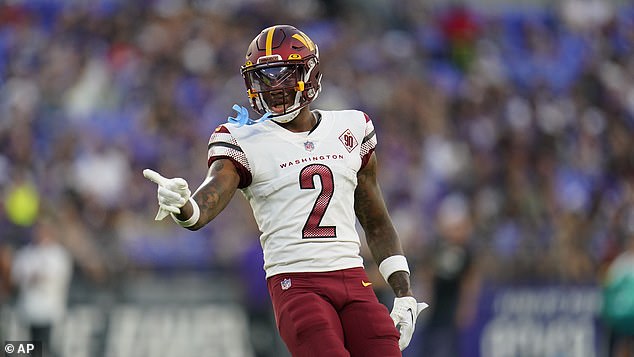 This year Brown appears to have fallen even further down the Commanders depth chart as he hasn’t passed a snap in Washington’s first two games. For that matter, he’s barely seen the field, just four offensive snaps so far.

St. Brown, on the other hand, was not drafted until the Lions took him with the 112th overall pick in the fourth round of that same draft.

Unlike its counterpart in St. Brown had a tremendous rookie season and recorded 90 receptions for 912 yards and five touchdowns. Through the first two games this season he has recorded 17 catches, 180 yards and three touchdowns. 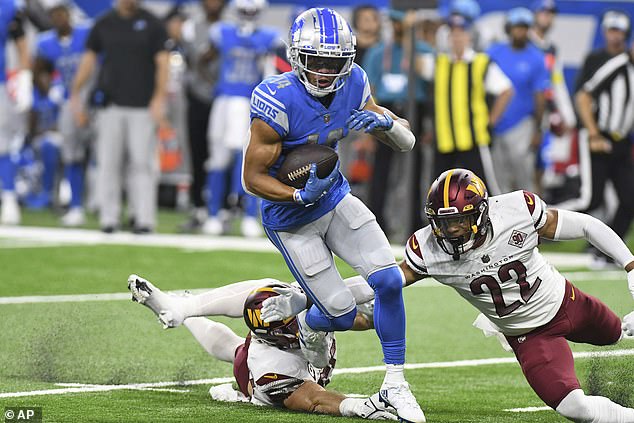 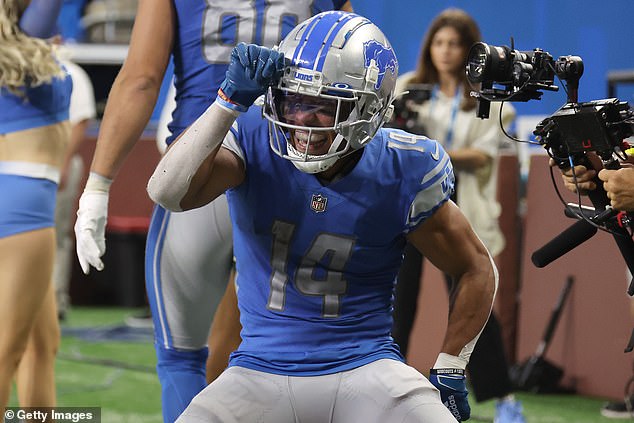 St. Brown dances in the end zone after one of his two touchdowns in Week 2

These early season numbers are poised to shatter his rookie total and solidify him as one of the best wide receivers in the NFL.

“I don’t forget things like that,” said St. Brown. “I see him on the touchline from where I’m standing during the game and I’m going to make any team hell.”

In response to a final question on the matter, St Brown said “I didn’t see much of him on the pitch”, with a very visible smile on his face. 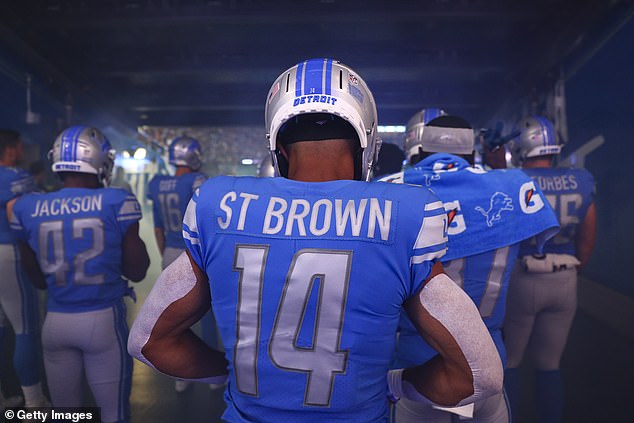 St. Brown stands in the tunnel with his teammates before taking the field