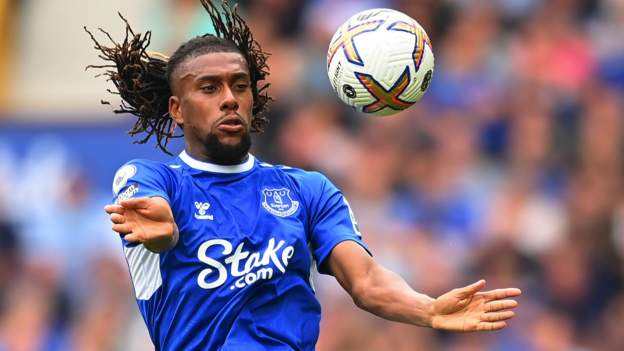 Nigeria international Alex Iwobi believes shrugging off negative criticism of his game has helped his development in Everton’s midfield.

The 26-year-old’s inconsistent form means he has endured a lackluster start to life on Merseyside since joining the Toffees from Arsenal in 2019.

But the Super Eagle has been impressive in a central midfielder role under manager Frank Lampard this season and won rave reviews for the Premier League displays, which showed both good selection and distribution.

“Before I looked around and listened to what people were saying about me,” Iwobi told BBC Sport Africa.

“But I’m at that age where the only criticism I really react to is from myself. I’m the one who judges my performances at the end of the day.

“I take external factors [like the manager] telling me what I can improve and what I can do to be better.

Iwobi rose through the ranks at Arsenal, scoring 15 goals in 149 games for the Gunners, but the next chapter of his Everton career – first under Marco Silva, then Carlo Ancelotti and Rafael Benitez – did not initially go as he had hoped.

The former England youth international enjoyed playing in different positions under his previous managers but admits he is a better player now than he was two years ago.

“Now I play more in midfield, my engine has to run up and down the pitch,” he added.

“I connect the game from defense to attack, so whenever I’m called upon to play, my qualities and attributes have been used to my advantage.”

Iwobi also faced heavy criticism during his international career with Nigeria, who he chose to represent after playing for England.

Post download online abuse following his red card in the West Africans’ round of 16 loss to Tunisia at the Africa Cup of Nations in January, he deactivated his Instagram account as a result, but has since returned to the social media platform.

Although he missed Nigeria’s decisive World Cup play-off defeat to Ghana in March due to suspension, Iwobi – who has 10 goals in 59 appearances for the three-time African champions – has since featured in two friendlies and the qualifiers of the June 2023 Nations Cup.