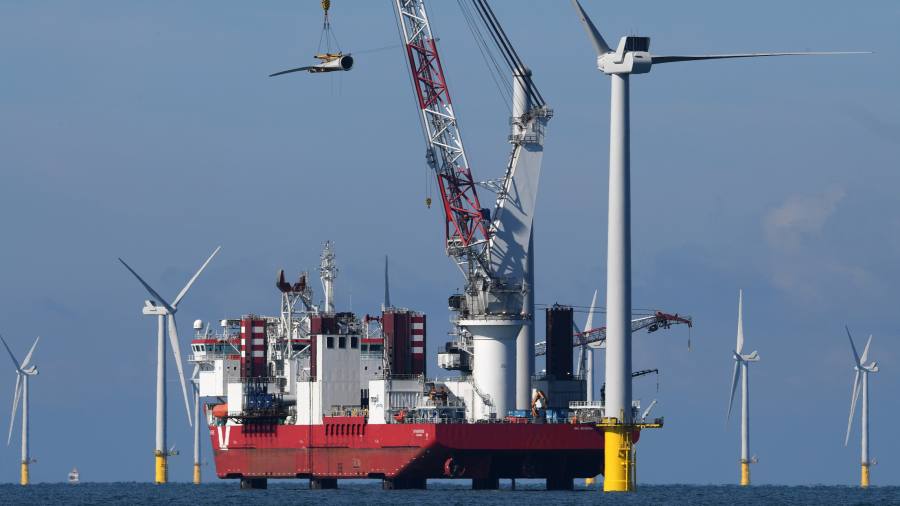 A “huge” effort is needed from Prime Minister Liz Truss to speed up the build-out of electricity generation and push through market reforms over the next two years, according to one of the architects of the £150bn government intervention to reduce energy bills. British households.

ScottishPower chief executive Keith Anderson told the Financial Times that the “energy price guarantee” scheme announced on Thursday was “not the final solution” to reducing historically high wholesale gas and electricity prices, which show no signs of abating.

The scheme will cut average household energy bills to £2,500 a year by 2024 and will provide some support to businesses, albeit only for six months.

Anderson welcomed the intervention but warned the new administration that it had a “huge job” to do to accelerate the construction of renewable energy generation such as offshore wind farms and upgrade the country’s electricity infrastructure.

It also called for a program to wean households off their reliance on gas boilers by replacing them with low-carbon heat pumps and improving the insulation of Britain’s homes.

Something needs to be done in the coming weeks because it won’t be long before some companies are forced to close their doors.

He said that as part of the Truss’ plans to reform energy markets, officials should speed up work on decoupling wholesale energy costs from wholesale gas prices.

In the existing system, which was designed before renewables entered the energy mix at scale, gas-fired power plants typically set prices for the market, even though wind, solar and nuclear produce electricity more cheaply.

“It’s only if you do [all] that you can actually bring it to an end,” Anderson said. “It’s the size of the intervention that we’ve asked for and I think it’s going to take a huge amount of stress off of the winter [but] this in itself is not a final solution,” he added. “That buys you two years to fix a bunch of other things.”

Anderson, whose company has 4.8 million customers and is one of Britain’s six biggest energy groups, is seen as one of the driving forces behind the “energy price guarantee” scheme after first calling for emergency government intervention to protect households from rising wholesale energy prices in April.

The rescue package is expected to cost around 150 billion pounds, one of the largest government bailouts in history, although officials on Thursday declined to disclose details. Chancellor Kwasi Kwarteng is expected to detail the size of the program when he holds a budget event later this month.

Downing Street officials said on Friday they were confident they would have domestic support ready for October 1 despite parliament being closed as part of 10 days of national mourning following the Queen’s death. The intervention is due to come into force early next month to overturn an 80 per cent rise in the regulatory price cap which would push the annual bill for a typical household to over £3,500 a year.

Although the domestic intervention was widely welcomed, businesses were less certain about what they would get out of the bailout after Truss initially limited their support to six months. He promised a review to assess whether further help was needed for the most vulnerable industries.

Details of the support have yet to be clarified, leaving many businesses fearing for their future. The companies are not covered by any form of price cap and instead have to negotiate special deals with many suppliers in order to renew their contracts from October 1, when they will face huge increases.

Joe Courtney, who runs three pubs, said he could no longer wait for the government to detail the support. He considered handing back the keys to the Kings Arms in Meopham in Kent after the lowest energy contract he was offered came to more than £4,000 a month, several times higher than the existing tariff.

“It’s just heartbreaking. It is impossible for a small country pub to pay these kinds of prices. We are doing very good trade, but it feels like we are fighting a losing battle. We don’t want to give the pub back, but what can we do?’ he said.

Courtney said his Lewisham pub, The Summerfield, saw its energy bill double after signing a new contract earlier this year. He does not know whether he will be able to exchange this contract for a lower one under the promised government scheme. “It’s not very good if it just locks in high prices.”

Asked for his reaction to the promised government intervention, Andrew Barwood, managing director of Bowles & Walker, precision plastics injection molders in Thetford, Norfolk, said: “I’ll believe it when I see it.” 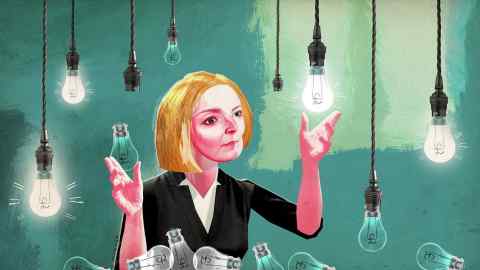 Like many small builders, energy is a significant part of his company’s costs and Barwood was forced to pay 140 per cent more when he signed his new energy contract earlier this year. He said that at current prices it would have increased by 400%. “It is madness. I’m sure it will put companies out of business.”

He added that he could not pass on the cost increase to his customers as they faced similar increases in their energy bills. “Something has to be done within the next few weeks because it won’t be long before some companies are forced to close their doors.”