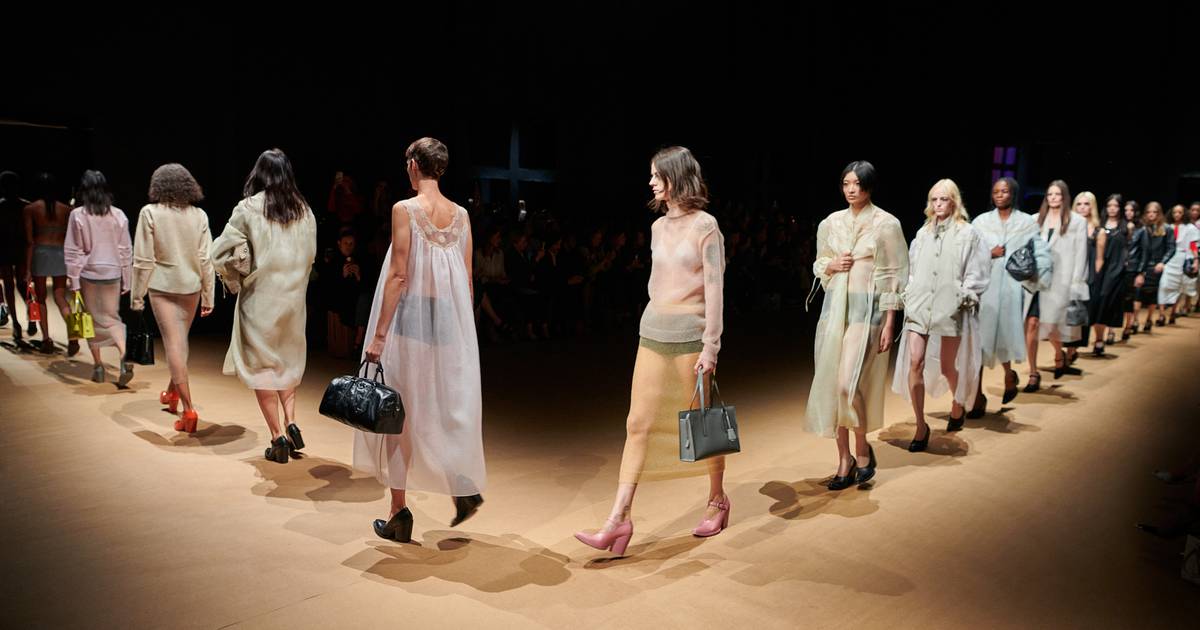 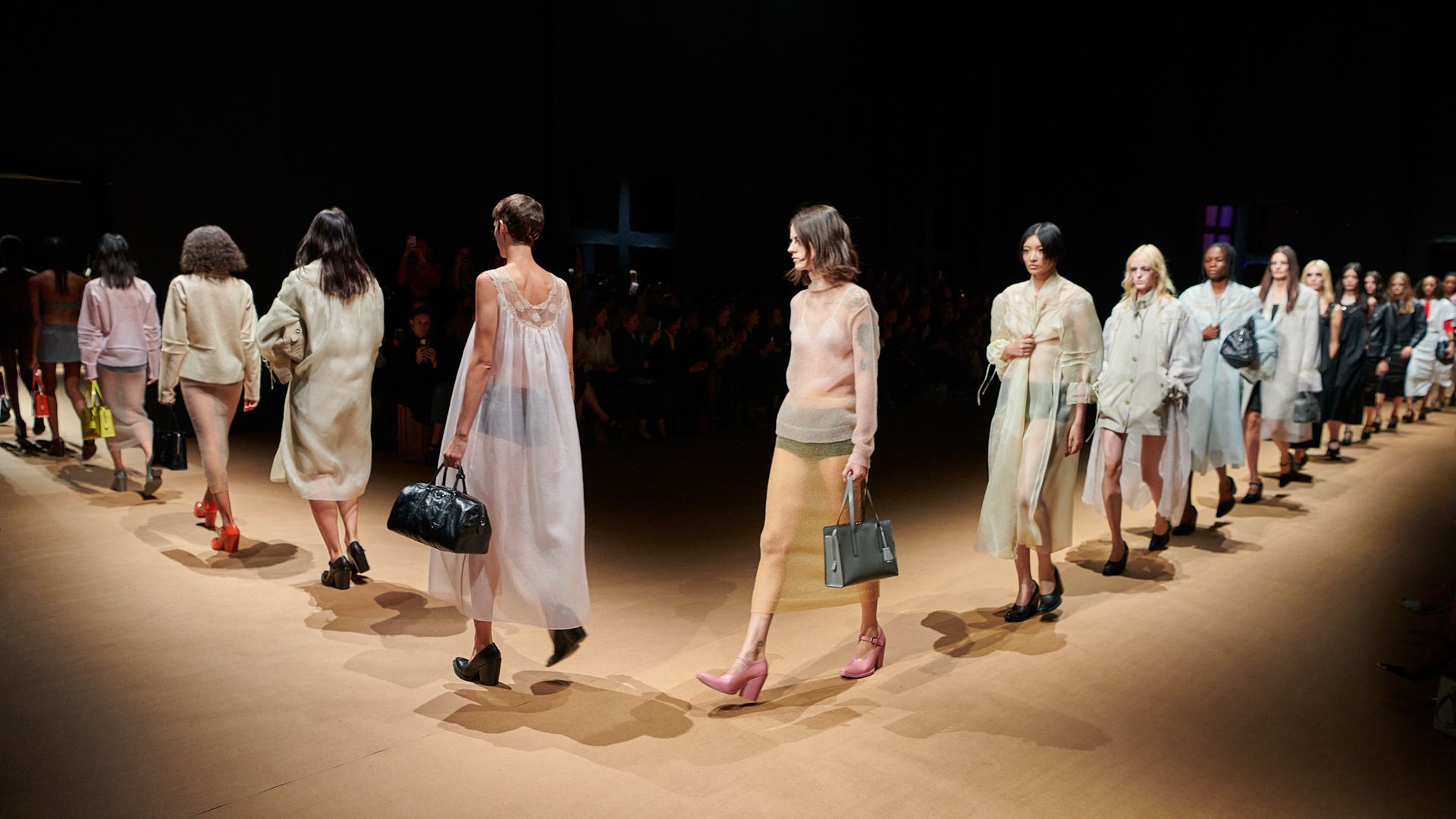 MILAN – I’m knee deep in Stephen King’s Fairy Tale. It seems like a perfect example of the chaotic here and now. Behind the feeble fantasy of reality, there is another world, an Oz where human populism and the horror of irritations co-exist to a degree so uncomfortably close that the apocalypse is ever-beginning.

I glanced at the Prada set on Thursday – doors and windows brutally torn from a black backdrop, giving glimpses of abstract, riotous coloration – and thought, ugh! Fairy tale.

This is because I am a very suggestive person. But Miuccia Prada and Raf Simons had engaged director Nicholas Winding Refn (you’ll know him from “Valhalla Rising,” “Drive,” Netflix’s “Too Old to Die Young” and his scathing fashion satire “The Neon Demon”) to create atmosphere for their show. Which he did. He called it touch of crude: touch so soft, raw so shapeless, unfinished. And that’s how the collection unfolded.

There were four rooms: bedroom, bathroom, kitchen, living room. Family shelters. They set the scene for clothes that very deliberately subverted the familiar: a back-to-front cardigan. A substantial sweater and skirt, rendered softly understated in the glossiest wool. a couture silhouette — jacket and pencil skirt — cut from worn biker leather. a clean nightgown turned into a casual one. There was a sloppy effect to the clothes, with unfinished hems and incomplete color blocking. Again the perversion. These pieces had a louche glamor that was inherently Prada. When Julia Nobis twirled down the runway, her black taffeta dress was open to the base of her spine. Or not so much as an undo. Especially since there was also a rosette and a long black train. She was a widow in the happiest mourning.

Ah, for those rosettes, like camellias like one of Chanel’s tacks. Or the lily of the valley motif on a sheath dress (Dior’s favorite flower, remember). Or the slip dress that echoed Simons driver Martin Margiela. Or the way some models cinched their coats in the intimate gesture that was such a striking signature for Simons at Jil Sander. There were times when I felt like this was a fashion show for fashion’s sake, taking place in a parallel world where no one knew about these references, where everything old was made new again. A helper-memoir. A memento mori.

Speaking of parallel worlds, the show was accompanied by a video of Prada, Simons and Refn sharing their thoughts in a room as crazily curtained as the Red Room in “Twin Peaks.” Prada talked about how an object—namely, a garment—could embody a vision. They were wrinkled, they were shapeless, they had the casual absurdity of the dream. A dark tale.