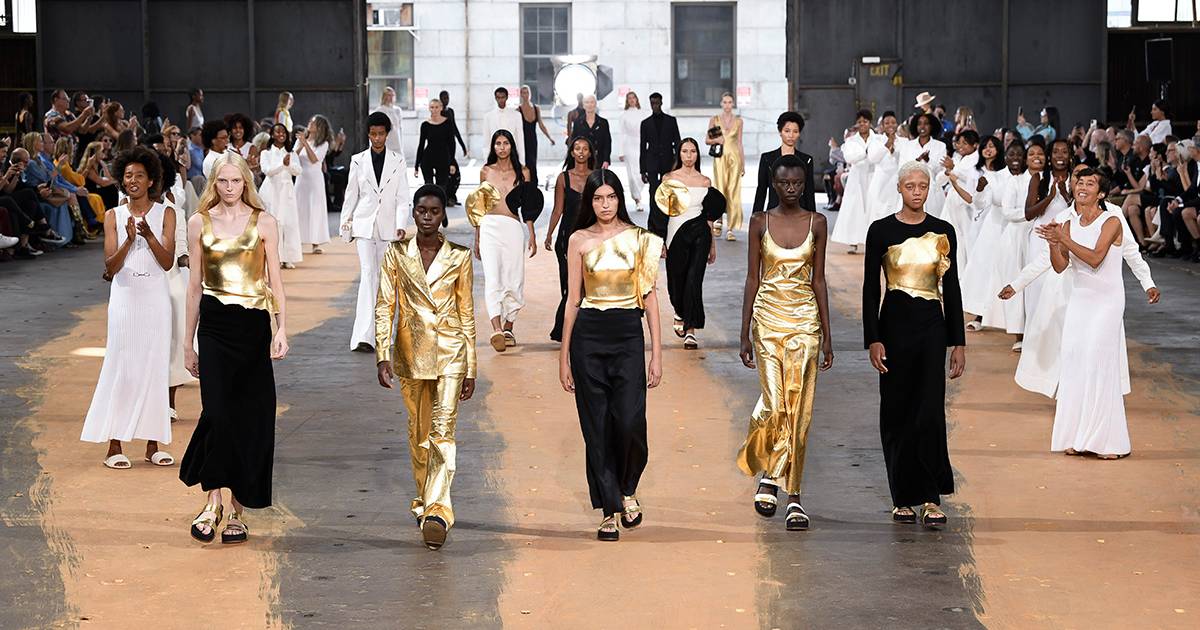 Glamor on one side, activism on the other: designers Tory Burch and Gabriela Hearst presented two different approaches at New York Fashion Week on Tuesday.

The American designer Burch offered New York a vintage-inspired collection that deviates from her familiar prints and bright colors.

“The collections have been much more personal for me now that I’m not running the business,” he told AFP after the show.

As of 2019, Burch has entrusted her husband, Pierre-Yves Roussel, with running the company, while stepping into the roles of Chief Creative Officer and executive chairman.

For the Spring/Summer 2023 edition, Burch said she thought about it when she moved to New York in the 1990s and wanted to emphasize “the concept of richness and minimalism” at the same time.

“I think it’s a little sexier than what we’ve done in the past,” she said. “And I think women are feeling that right now. I see that’s how women want to dress, but I also like a certain elegance to it.”

She said she also experimented with layering, using a bandeau jersey skirt as a recurring motif, sometimes worn over pants.

“I wanted to challenge us to push it a little bit further and also take a more focused view,” he explained.

Uruguayan designer Gabriela Hearst’s show was steeped in atmosphere. In a huge warehouse with opaque windows, her models paraded down a runway accompanied by a gospel choir.

Gold reigned supreme, glittering on a cape, breastplate and bursting with white and black accessories.

Long yellow and orange ponchos hand-stitched in Uruguay and red pants also brought to mind the colors of fire.

Some pieces appeared to have been molded directly onto the models with the collection notes describing how the leather was soaked in water and then draped over a form to create unique pieces.

The theme of women empowerment was also woven into the show.

Hearst, who is also Chloe’s creative director, said her Ready-to-Wear 2023 collection was inspired by the ancient Greek poetess Sappho and how she had shed light on the hardships women had to endure.

“This Joy,” a gospel song written by Grammy winner Shirley Caesar, was performed by the Resistance Revival Chorus, billed as a group of female and non-binary singers addressing how “historically marginalized women have been in the music industry. ”

Hearst also said it aimed to offset its show’s climate by working with Swiss company Climeworks, which uses technology to capture carbon dioxide directly from the air.(AFP)